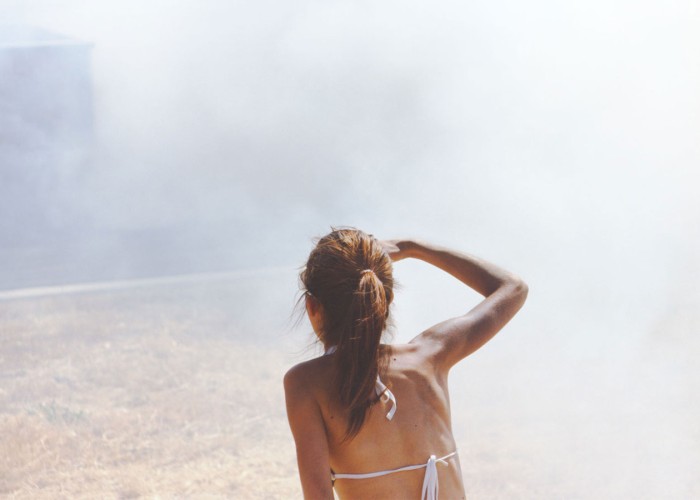 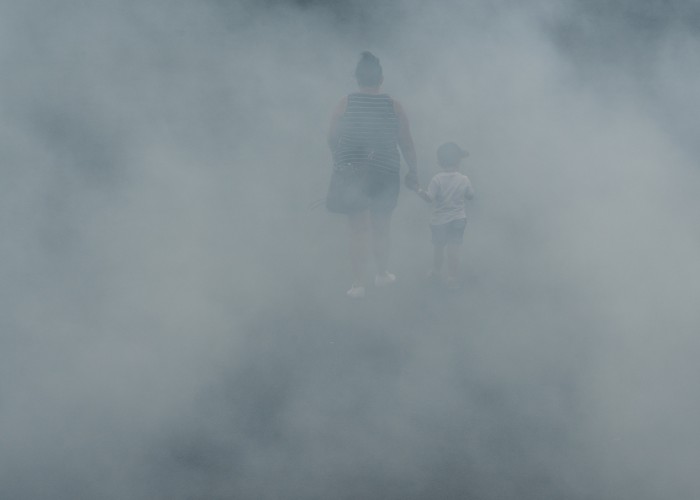 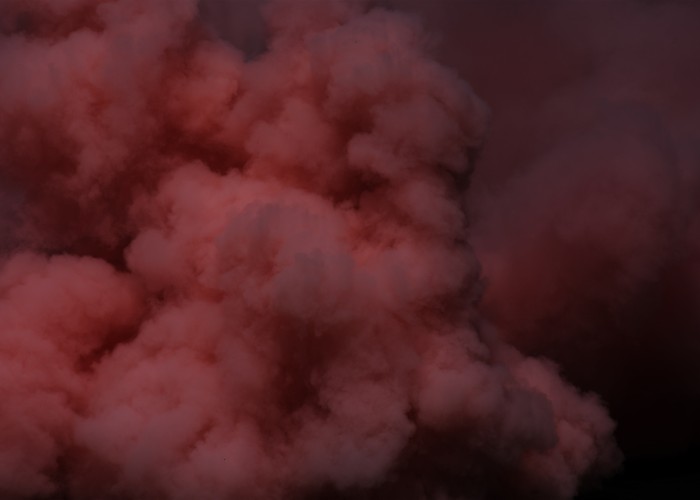 Through the Commonwealth Government's RISE funding, Castlemaine Art Museum will host Terrace Nights and Terrace Projections, a program of exhibitions, installations and events for the community. Using the medium of light, CAM is bringing contemporary images and ideas to the streets of Castlemaine. In a series of commissions, local and national artists will respond to a range of relevant topics such as car culture, First Nations and queer communities, industry, incarceration and young people.

Michael Corridore’s photographic series Angry Black Snake captures the drama of burn out meets across regional Australia. The term 'angry black snake' describes the phenomena when an engine overheats and the radiator hose explodes through the smoke.

Starting at sunset every night, Angry Black Snake is the first in CAM's series of Terrace Projections on the gallery's art deco façade. Each Terrace Projection will be accompanied by public programming series, Terrace Nights.

Angry Black Snake contrasts the joy of gathering in celebration of a shared love of cars with dream-like scenery that is neither distinctly pleasant nor clearly post-apocalyptic. Despite their enjoyment of the burnout competition, Corridore’s contextless figures elicit a sense of dis-ease in the viewer that remains unceasingly relevant in conversations around man’s impact upon the environment. The power of these works lies in their contrast between the easeful gestures of the participants and the seemingly disastrous context.

Michael Corridore’s artistic career spans twenty-years and his multidisciplinary artistic practice includes photography, motion, painting, and scoring music for motion-based projects. Corridore has exhibited in solo and group exhibitions throughout Australia, Europe and the USA and his work is included in public and private collections across the globe. Angry Black Snake was the winner of the Aperture Foundation's Portfolio Prize and was exhibited in their New York gallery in 2010.

For more information about Michael Corridore's work you can visit his website here.

Welcome to our homeland,
home of the Dja Dja Wurrung people
we offer you people good spirit.
Uncle Rick Nelson

The Jaara people of the Dja Dja Wurrung are the Custodians of the land and waters on which we live and work. We pay our respects to the Elders past, present and emerging. We extend these same sentiments to all Aboriginal and Torres Strait Islander First Nations peoples.