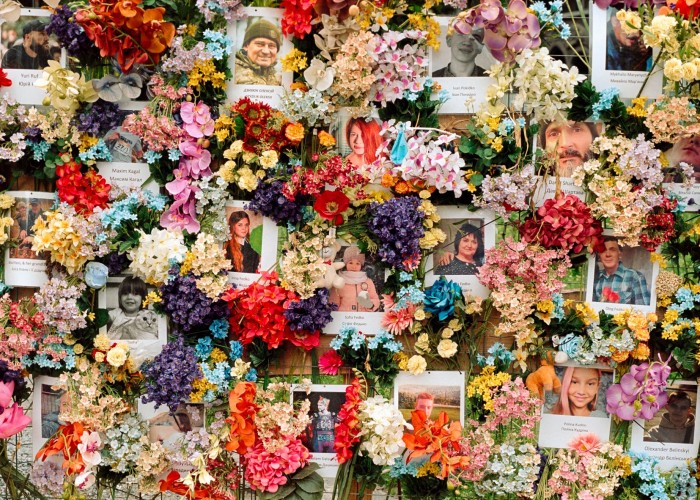 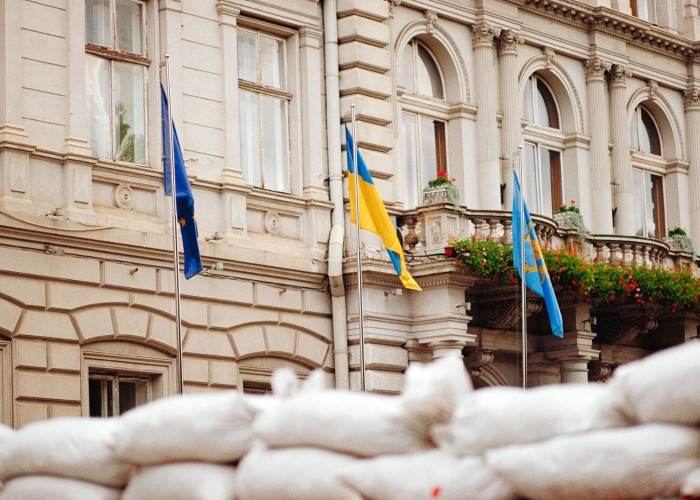 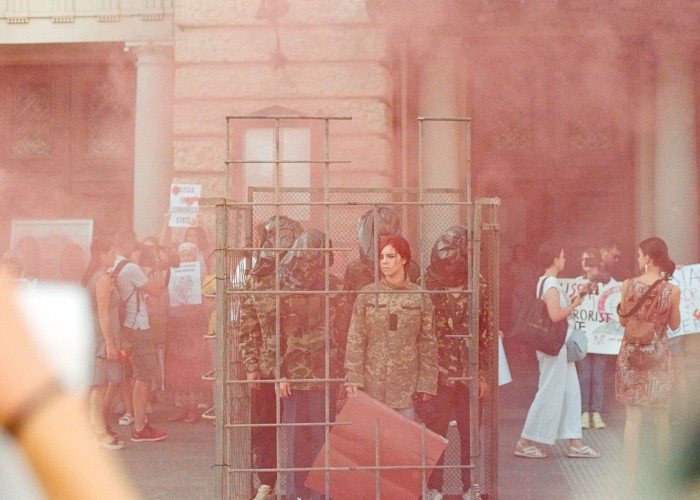 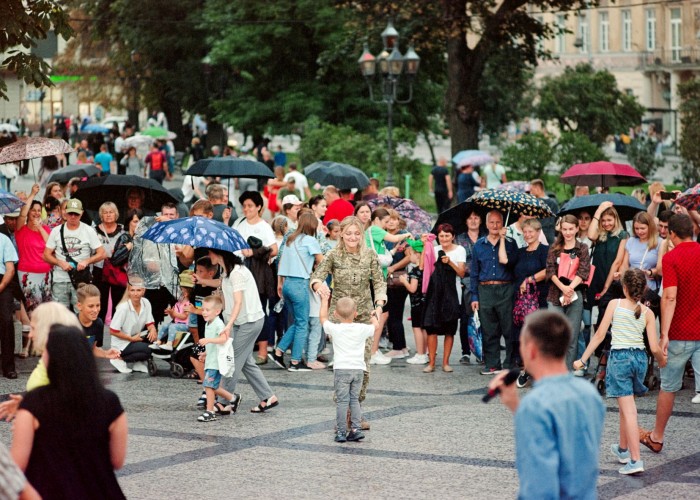 Summer Terrace Projection with local artist Piper Albrecht
A photographic series from the artist's time in Lviv Oblast, Ukraine, in May and August of 2022

These images tell a story about the juxtaposition of life going on in a city amidst constant reminders of war. My photos are not about war-torn Ukraine, but a snippet of life in the city furthest from the front which is, nonetheless, deeply affected by the war.

With an analogue camera, shooting on 35mm Kodak Portra 160 and 400 film, these images are recent, shot in May and August 2022, yet still reminiscent of conflicts decades ago. This series grapples with the conflicts and social issues we have brought with us into the future.

Wherever you look in Lviv Oblast there are street performers, bustling cafes, Ukrainian flags, posters, banners and ribbons, with crowds singing along to songs of the resistance. The mood is lively, but with a worried tension underpinning daily life. There is a heightened military presence, bordered windows, protected monuments, sandbags and air raid sirens. In the 4 weeks I spent in the Ukraine, 5 missiles landed in Lviv Oblast, less than 80km from the European Union. But life in the city goes on amidst these perils.

This series offers insight into Lviv Oblast – a busy city with cosy cafes and streets like any other, alongside vivid reminders of war.
– Piper Albrecht

Piper Albrecht
My name is Piper, I am 21 years old and I live in Castlemaine. I attended the Castlemaine Steiner School before transitioning into the Steiner Stream at Castlemaine Secondary College to complete my schooling.
I first got into photography for my Year 8 major project, where I focused on a niche of photography called Light Painting. Soon enough, my time was taken up with Mountain Biking. In 2021, I was racing my bike in Europe, competing on the international circuit, with photography as my hobby on the side.
In August of that year, as Kabul was falling to the Taliban, I, alongside the rest of the world, watched helplessly at the scenes of despair being played out across our many screens. Seeing that triggered something in me to try to do some good in the world, and among other reasons helped me make the decision to retire from bike racing.
Russia’s full scale invasion of Ukraine in February 2022 reignited a war ongoing since 2014. Within months of making that initial decision, I had an opportunity to put my photography skills to use for some good. Out of that came my first collection of documentary images, from my time in Lviv Oblast, Ukraine.
I'm yet to figure out the intricacies of creating powerful images to motivate change, but this is all part of a journey I'm on and I'm not stopping anytime soon!

More of Piper's work can be seen on his website here.

Terrace Projections
This is a special Summer Terrace Projection. Using the medium of light, CAM is bringing contemporary images and ideas to the streets of Castlemaine in a new series of exhibitions and commissions with local and national artists.

Welcome to our homeland,
home of the Dja Dja Wurrung people
we offer you people good spirit.
Uncle Rick Nelson

The Jaara people of the Dja Dja Wurrung are the Custodians of the land and waters on which we live and work. We pay our respects to the Elders past, present and emerging. We extend these same sentiments to all Aboriginal and Torres Strait Islander First Nations peoples.